Welcome to the Greatest Movement in History! 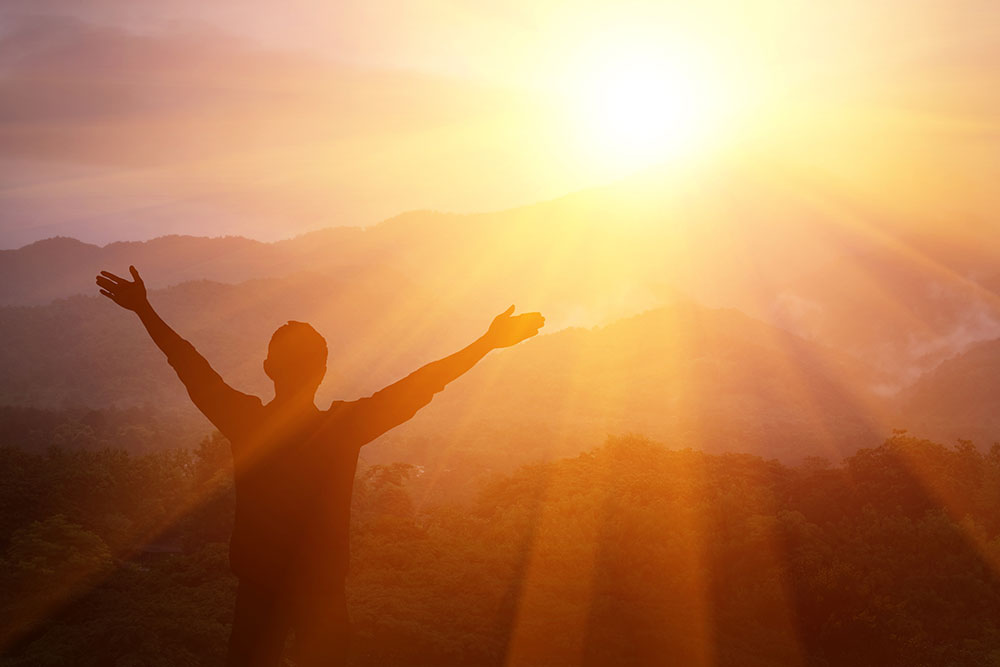 Hundreds of millions of people in every nation of the world are standing together, to defend the freedom of humanity. Among them are tens of thousands of scientists, physicians, lawyers, and academics, who are rising to protect humanity from the greatest threat our world has ever faced. Nothing like this has ever happened in history, and it offers great hope for the future.

What is going on? Why is there such an unprecedented fight for freedom? What is this 'greatest threat our world has ever faced'? Let me explain to you what is happening. Make sure to read to the end, as this is the most important event in all of history. Don't be left out in ignorance...

Worldwide assault
on freedom and truth Nobody wants to ever go back to the year 2020, but still that's when it all started. So come with me for a second, and let's look a what really happened during that year of horror. As we know, all of a sudden a ‘deadly disease’ struck humanity, and the entire world population was locked up in their homes. Fear and terror gripped the hearts of billions worldwide. At that very same moment, however, something else happened, that locked up much more than just our physical bodies:

The voices of humanity were locked up into a dark room of censorship. All of a sudden, nobody was allowed to speak freely anymore.

World leading scientists, physicians, academics, lawyers, journalists, and many other experts were violently silenced. Their websites, videos, social media accounts, books, scientific accounts etc. were deleted. While the world was attacked by this dangerous disease, the voices of millions of scientists and physicians were silenced. Dr. Dan Erickson directs a large medical emergency center in Bakersfield, California. His team studied over 6,000 patients at the beginning of the outbreak.

Their medical research revealed that the hysteria created by the media had no foundation in reality.

Dr. Erickson gave a press conference, in which he shared their scientific findings. This was viewed five million times in one day,… until YouTube found out about it, and quickly deleted it. Dr. Erickson was also censored on all other social media platforms.

Let this sink in: the findings of a medical study of over 6,000 patients was hidden from the world.

Physicians who save lives,
are shut down There was one specific group of physicians that especially came under severe attack: those that were successfully treating covid patients. In America there is for example the renowned national authority in holistic medicine, Dr. David Brownstein. His treatment helped hundreds of covid patients recover in a matter of days. Even dying patients recovered miraculously. He published his life saving treatment, so it could help others defeat this biological attack on their lives.

But the government rebuked this physician, and his entire medical blog was deleted from the internet!

In the Netherlands Dr. Rob Elens saw all his covid patients recover in four days. The government however threatened to withdraw his medical license. He was ordered to send everyone home, without treatment. When Dr. Elens posted a video on YouTube, which explains effective treatments for covid, it was taken down.

In South America the biophysicist Andreas Kalcker saved millions of lives, with a very effective solution. His method was successfully used by the police, military and politicians, and was then given to the entire population of Bolivia.

Suddenly his books were removed from Amazon, all his social media accounts were taken down, his PayPal account was closed, and even his scientific account on ResearchGate was deleted. A group of leading physicians in America founded Americas Frontline Doctors. Several of them had successfully treated hundreds of patients. Their message was full of hope: One of the drugs used to successfully treat covid is hydroxychloroquine, a 65 old medicine that is considered one of the safest and most effective drugs in the history of medicine. The nr. 1 world authority on infectious diseases is the French professor Didier Raoult. He treated 4,000 covid patients with this medicine. Virtually everyone recovered!

The 'Physician of Presidents' and Nobel Prize nominee, Dr. Vladimir Zelenko treated over 6,000 patients, with the same wonderful results.

Physicians around the world exclaimed in excitement:

"The pandemic is over! We have a solution."

But then... to everybody’s amazement the WHO and The Lancet published studies to disqualify this drug, calling it 'dangerous'. As a result, it was banned in many countries, causing millions of people to die, because there was no treatment.

These studies were however exposed as fraudulent. The WHO trial used lethal doses of the drug, instead of therapeutic doses. This deliberate overdosing killed thousands of patients in hundreds of hospitals.

Evidence and sources about these crimes can be found in this report.

The goal was clear: murder thousands of patients, blame it on the treatment, and tell the world not to use it.

"This is a criminal operation",
lawyers say In Germany thousands of physicians, scientists, lawyers, and academics formed ‘Doctors for Enlightenment’. They publish a newspaper every week, with over half a million copies, to inform the German population. In a national press conference they made a shocking statement:

"We must understand that we are in the midst of a criminal operation."

Trial lawyer Dr. Reiner Fuellmich has decades of experience in suing large criminal corporations. Over the course of two years he listened to more than 150 experts from every field of science. He made the following statement:

"We have all the evidence that these are the worst crimes against humanity ever to be committed."

Dr. Fuellmich and a large network of experts and lawyers from around the world have set up a Grand Jury proceeding, to start the process of prosecuting the figureheads of this criminal operation. At the same time several criminal cases have been filed with the police, in Canada, England and Germany. These cases provide all the evidence that the pandemic is an organized crime against humanity. A criminal court in Peru already ruled that the pandemic is a crime, organized by billionaires.

Australian government:
"This is the New World Order" Of course we wonder what the purpose of this criminal operation is. The answer is given loud and clear by the Australian government. Brad Hazard, the Australian Health Minister, said:

"That's just the way it is. We have got to accept that this is the New World Order."

"We will be looking at what contact tracing looks like in the New World Order. Yes, it will be pubs and clubs and other things if we have a positive case there."

"Also the New World Order that will come into force at 12pm, at midnight tonight, new restrictions on various businesses."

The day that the new restrictions came into place, the news reporter said:

"Today is the first full day of the New World Order. Outdoor gatherings are limited to two people. Exercise is allowed but no further than a 10km radius from your home. Browsing in shops is not permitted. Only one person per household may leave to do essential shopping. And from tomorrow funerals are limited to ten people."

According to the Australian government all this tyranny is part of a 'New World Order'.

Interestingly, at the beginning of the pandemic, there was a website launched by the United Nations, called ‘The New World Order’. This is the message that was posted on its homepage…

The U.N. New World Order's official statement on their website, was: 'Let's take our planet back'. They make it clear their goal is world domination!

When this statement caused a worldwide uproar, they removed it. Now the United Nations NWO website is just a blank page, waiting to be activated.

What also caught our attention, is that a few months into the pandemic, on June 21th 2020, satanist churches all over the world, marched on the streets... to declare the New World Order!

The greatest awakening
in history So according to the Australian government, the worldwide tyranny - including the silencing of scientists and physicians - is the beginning of the New World Order. More about this will be explained in coming posts. But for now I want to focus on something exciting: the worldwide censorship has backfired on the tyrants.

Instead of silencing the voices of health professionals, they got louder.

In every nation of the world several medical organizations were formed, to combat this criminal activity. Our World Freedom Directory shows over 600 organizations around the world, standing up for the freedom of humanity, and opposing this tyrannical New World Order. There is the World Doctors Alliance, the World Council for Health, Doctors for Truth, Doctors for Freedom, the UK Medical Freedom Alliance, and hundreds more…

The NWO tyranny ignited an unprecedented awakening of hundreds of millions of people, who begin to see the corruption in the highest levels of our societies.

In Canada 50,000 trucks rallied against the unconstitutional, unlawful, anti-medical, and tyrannical mandates, and dozens of nations follow suit. Protests with many millions of people are sweeping the earth, as humanity is beginning to see what is going on with this pandemic, where every solution is suppressed, life saving physicians are silenced, and fraudulent studies are published.

The plan to control the world 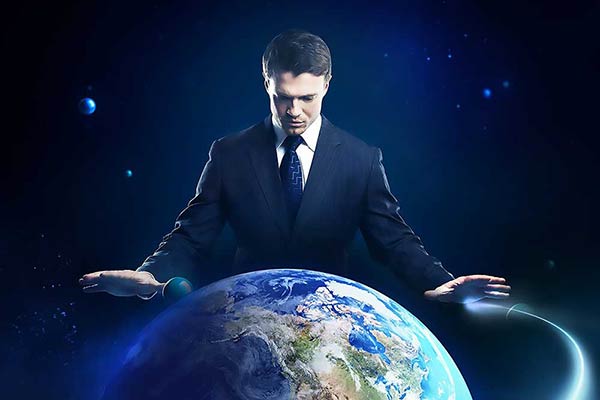 Part of this awakening is Stop World Control, founded by myself, David Sorensen. I am a missionary, and an investigative journalist, with a masters degree in media and communication from the University of Science and Arts in Belgium, Europe.

At the beginning of the pandemic I launched an in depth investigation to find out what is going on.

What I discovered, is revealed in the report: ‘The plan to control the world.’ In it, you find overwhelming evidence how the pandemic is clearly a disguise for implementing worldwide tyranny. I encourage you to set some of your valuable time apart to read  ‘this in depth report.’ It reveals in one crystal clear overview what is truly going on in our world.

Everything in the report is referenced, so you can fact check it yourself. The same powers that censor thousands of health experts and hide the cures for humanity, call these kinds of fact based investigations ‘conspiracy theories’ and ‘misinformation’. Ask yourself the following question:

Why are scientific studies labeled as 'conspiracy theories'? Why is the mentioning of life saving medicines ‘misinformation’?

It’s up to us to start using our brains, instead of blindly following government propaganda and media mind control. Take some time to go through the entire report. It will explain so many things that you have been wondering about. Because of the great need our world is in, I have decided to not charge anything for our many high quality documentaires, interviews, reports and emails. I offer it all for free, for the whole world. We do however need support, to do this.

If you appreciate what we do, then please support us.

The mainstream media is funded by criminal billionaires, who pay them to spread lies that lead the world into their tyranny. We don’t have this kind of financial support, but we rely on good people who see what is going on, and who want to help us defend humanity. Your support can help us protect our world, from the greatest criminal operation ever to be launched against humanity.

Thank you so much!

GLOBAL COVID FRAUD! Evidence that all the data is 100% false