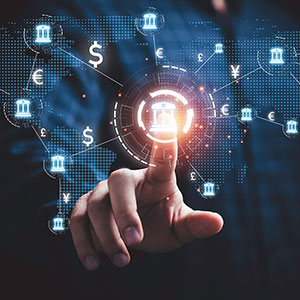 The end of all freedom

The central banks are preparing to replace all cash money with a digital currency, the CBDC (Central Bank Digital Currency). This will give them full control over humanity, as they can then monitor every transaction, limit what you can spend, and even delete your funds at will. It is promoted as something that will make our lives easier. The truth is that it would mean total tyranny for all of humanity. Our digital funds would be connected to our digital ID, which will be connected to our vaccine status and social credit scores.

Imagine no longer being able to access your funds - when your digital ID shows that you haven’t received your umpteenth vaccine booster. Or envision how your spending would be limited as the result of posting something on Facebook that the government doesn't like. Or worse: what if governments simply erase your bank account because you don’t agree with their policies?

This has been happening already with services like PayPal, which closed thousands of accounts because people engaged in activities that oppose tyranny. JP Morgan Chase and Wells Fargo have frozen the bank accounts of people who participated in events that defend basic human rights. In Canada, America, The Netherlands, India, China and other nations, countless people have experienced this.

Once a digital currency replaces all physical money, financial tyranny would become mainstream, as it is the perfect tool to keep the public in check.

Similar to what we are seeing on Facebook and YouTube: when you post something that exposes the agenda of the criminal elites, either the post is removed, you are blocked, or worse: your entire account is deleted because “it violates community standards”. Do you think this will stay limited to social media? Once they have full control over your finances, you can bet they will steal money from people at will, just because someone “violates community guidelines”. It happens all the time in China, and as we know from the documents published by the Rockefeller Foundation and World Economic Forum, China is their perfect example. The European Union, another example, is going all out on the transfer to a digital currency. There is nothing national governments can do to stop it, since they have been so stupid as to surrender their currency into the hands of the European Union. Sigrid Kaag, the leader of the Dutch Democrat Party D66, who works closely with the World Economic Forum, is pushing a system that would alert the government when anyone spends more than 100 euros.

Kaag was positioned by blatant election fraud, which you can see in this Dutch report. This is how the WEF gains control over the nations: by rigging elections and positioning their mind-controlled Young Global Leaders, who force the agenda of the tyrants.

The plan to install a digital currency controlled by the Central Banks has been prepared for decades. The strategy has been to launch this right after the first pandemic, as one of their “solutions” for “global threats”.  And here we are.

The Biden administration is also tracking the bank accounts of the American people, and the IRS is notified whenever anyone spends more than 600 USD.

A digital currency would unleash tyranny onto humanity, the likes of which this world has never seen before. It would also prevent the masses from discovering the truth, as people could be punished with their finances, when they look into the truth. If the digital currency becomes an international reality, there will be full and undisputed control of the world population in the hands of a handful of controllers of this financial system.

It is critical that we rise up against this. They count on us doing nothing. Grumbling and moaning doesn’t stop anything - we must become heroes who take powerful action. Let’s surprise them by exposing this worldwide. It is imperative that we share this truth by all means possible. Let's forget our differences and join in the common fight against this nefarious agenda.

Is there any hope to escape this nightmare? I am talking to several people who are building alternative financial systems.  More about this later.

A bright Dutch filmmaker has made a powerful documentary to warn the world about the danger of a Central Bank Digital Currency. "Money is becoming traceable, programmable, and manipulatable, which can pose many dilemmas and dangers in society."

MAHIR ALKAYA - Socialist Party, member of the Netherlands House of Representatives and author 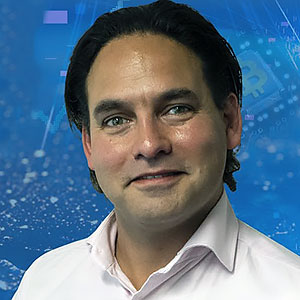 "Is it healthy that a small group of companies have so much control over the government?" “If we carry on going down on the same path that we have become used to, and younger generations just take for granted, we are all absolutely going to be royally screwed, privacy wise, human rights wise, even democrately.” "Decisions are made for us by people who are not democratically elected. People like Ms. Van der Leyen, Frans Timmermans and the former CEO of Atos are all appointed and not elected. However, they determine our lives. That's dangerous!” “Many big players, for quite a long time, have been engaging in this war on cash, trying to push you away from cash. They really used Covid as an excuse to accelerate that process. “

The UN promises the world heaven, but drags humanity to hell

“Pedophiles will save the world”, claims the World Economic Forum

WORLDWIDE UNMASKING OF THE UNITED NATIONS