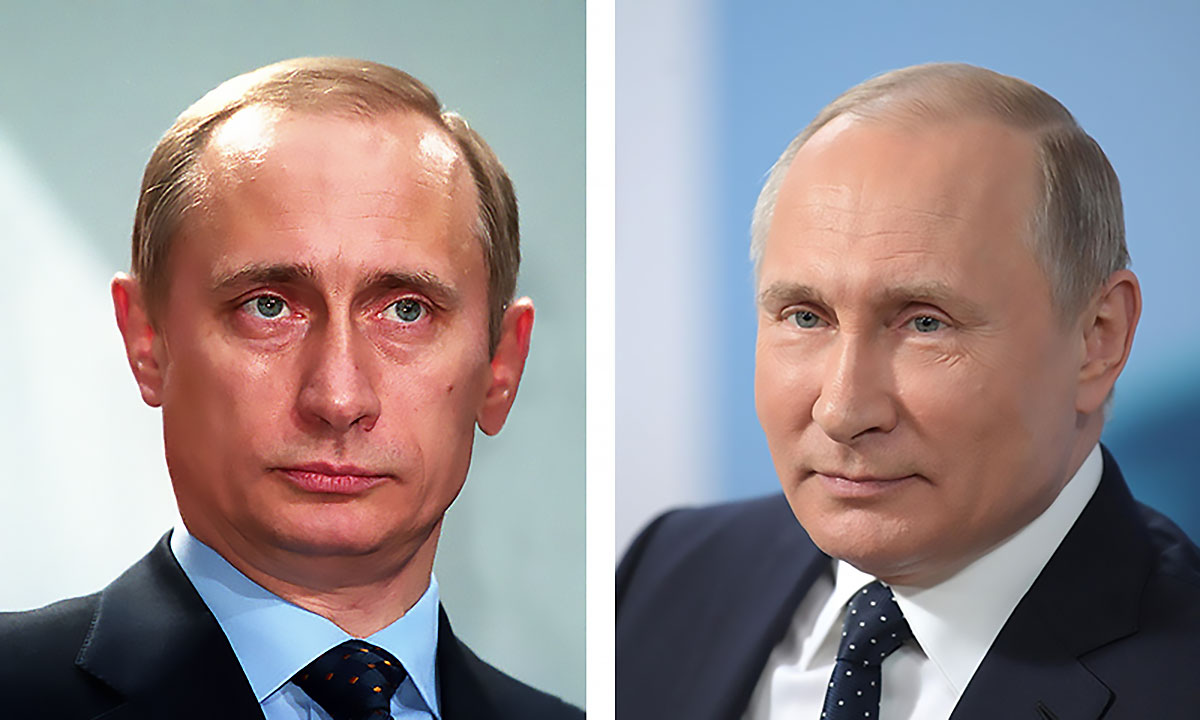 In 2010 the real Putin disappeared for a while, and was replaced by an entirely different man. He was radically distinct, not only in his physical appearance, but even more so in his beliefs and viewpoints. Significant facial differences are:

✔︎ The new Putin has eyes half the size of his predecessor.

✔︎ The nose bridge of the real Putin was longer, more straight and sharper.

✔︎ The lips of the first Putin were touted, and sharper.

✔︎ The old Putin had distinct dark eye bags, while the new Russian president has no eye bags whatsoever.

✔︎ The head of the new Putin is more round.

Especially the eyes stand out to me: the old Putin had really big eyes, that often looked troubled. You could tell he was not happy. The new Putin is diametrically the opposite: his eyes are about twice as small, and have generally a kind, peaceful look. You will often see this new Putin with a calm, confident smile. Not at all the troubled man the first Putin appeared to be.

Of course the media tries to cover this up with claims of plastic surgery, as they serve the purpose of keeping the population in a perpetual state of total ignorance.

But plastic surgery can't replace somebodies eyes, making them twice as big. Nor does it change your personality, and your political beliefs.

The most profound difference in the new Putin is, that, while his predecessor was a Young Global Leader from the World Economic Forum, trained to promote the globalist agenda of a one world government, the new Putin has become the opposite of that.

He openly opposes the globalist agenda, and calls for the preservation of sovereign nations.

Here are few public statements by the new Vladimir Putin:

"The model of total domination by the so-called golden billion is unfair. Why should this golden billion, which is only part of the global population, dominate everyone else and enforce its rules of conduct that are based on the illusion of exceptionalism?

It divides the world into first and second-class people and is therefore essentially racist and neo-colonial. The underlying globalist and pseudo-liberal ideology is becoming increasingly more like totalitarianism and is restraining creative endeavour and free historical creation."

These strong statements against a tyrannical one world government run by the elites, make me wonder if Putin might be replaced by good entities, who are now using the position of the Russian president to fight against the worldwide criminal elites, and their nefarious agenda of world domination.

It sure is telling that the elites have been trying to incite a nuclear war with Russia, the past decade.

Also the unprecedented worldwide mass indoctrination campaign that was launched against Russia, when they began taking out the Nazi armies, biological weapon labs, and deep state criminal government in Ukraine, while exposing how Ukraine is the center of a worldwide network of drug dealing, human trafficking, and money laundering, is quite meaningful.

Our in depth report about Ukraine is mind blowing.
Make sure to read it. 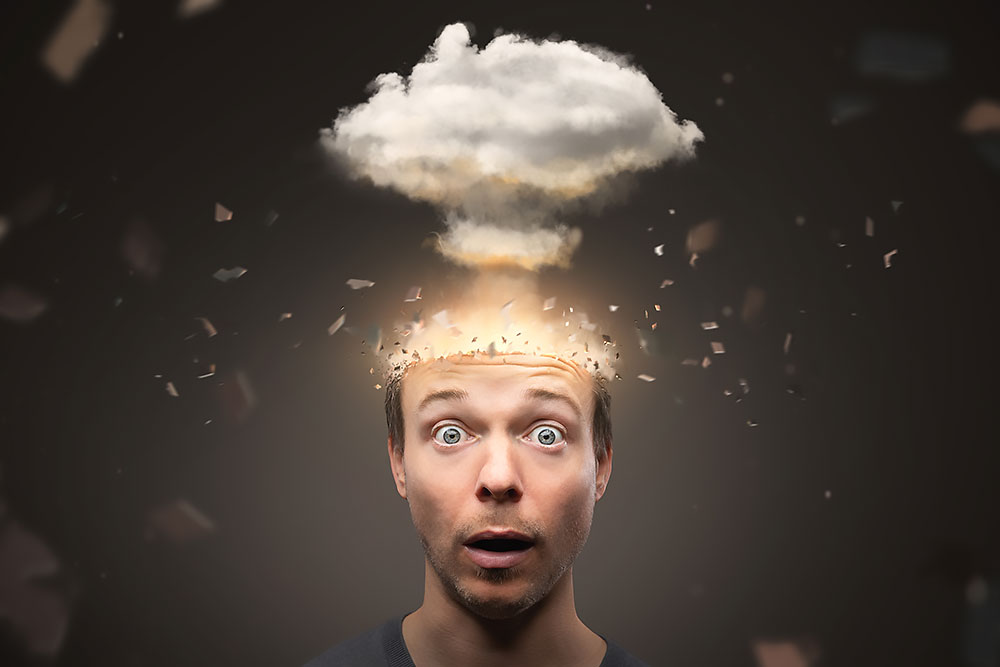 WHAT NOBODY TOLD YOU ABOUT UKRAINE

The reason I bring these replacements of politicians to your attention, is to make you aware of the fact that you are watching a worldwide show. Both "good guys" and "bad guys" are playing a game behind the scenes, with the world population as the audience. Nothing is what it seems. I encourage you to stop blindly believing anything you hear on the news. Do your own research, think for yourself, depend on the One who never lies, and be a person of truth.

I believe there are significant operations going on behind the scenes of what the public knows, to take down the criminals who are trying to enslave humanity.

Read more about this white hat
military intelligence operation to save the world. IS THERE A PLAN TO SAVE THE WORLD?

It is my solid conviction that humanity will not be destroyed by the satanic elites, that try to impose a one world government through organized pandemics, fabricated climate change, and other orchestrated disasters, which are used to seize all rights and freedoms from humanity, under the guise of "keeping you safe". This is not the "end of the world". As "Putin" is saying, they are working with all their strength to prevent this take over of humanity by globalist elites.

No matter how much the West and the supranational elite strive to preserve the existing order, a new era and a new stage in world history are coming.

Only genuinely sovereign states are in a position to ensure a high growth dynamic and become a role model for others in terms of standards of living and quality of life, the protection of traditional values and high humanistic ideals, and development models where an individual is not a means, but the ultimate goal.

The weight of these words probably evades most readers. When he talks about the "supranational elites", he refers to the financial entities that rule over the nations, through control of politicians, news media, technology, etc. These elites are also called "The Cabal" and they are responsible for most suffering and misery in our world.

You can learn more about this cabal, in the documentary below.
Make sure to watch it. 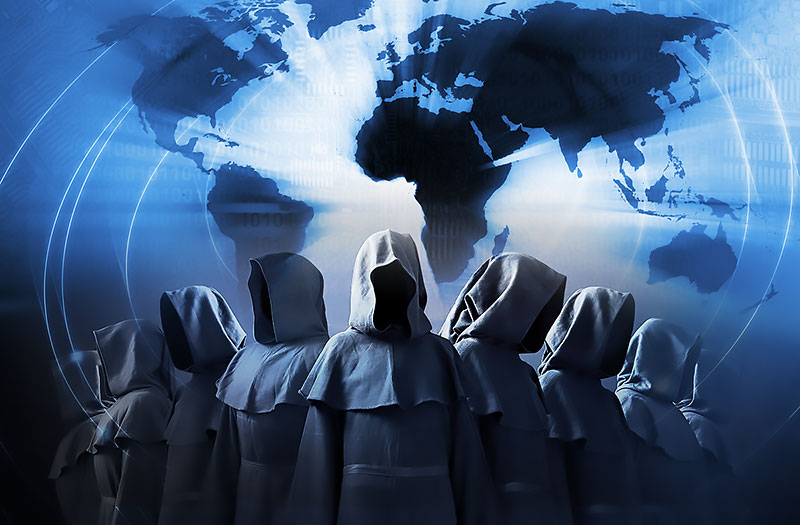 This is how the world has been operating for a very long time: concealed financial elites pulling the strings of puppets in governments. The World Economic Forum is a major player in this scheme, which has an official and outspoken agenda for total world domination.

This replacement "Putin" is announcing the end of that dark era. The power must go back to "genuinely sovereign states", which means nations that are not controlled by unelected elites.

That means the restoration of true democracy, instead of the puppet theatre we have been witnessing for so many decades, where elections worldwide were rigged to position puppets of the elites in all governments.

We have a long way to go, but I believe there is hope. Let's all do what we can, to further this process of exposing the criminal elites, and build towards a world of freedom, truth and goodness.

If you can help us, by supporting our fight for freedom, that would be greatly appreciated. We have been silenced, and are rebuilding 25 years of work that was destroyed by censorship.

Go here to support our work.

Thank you so much!