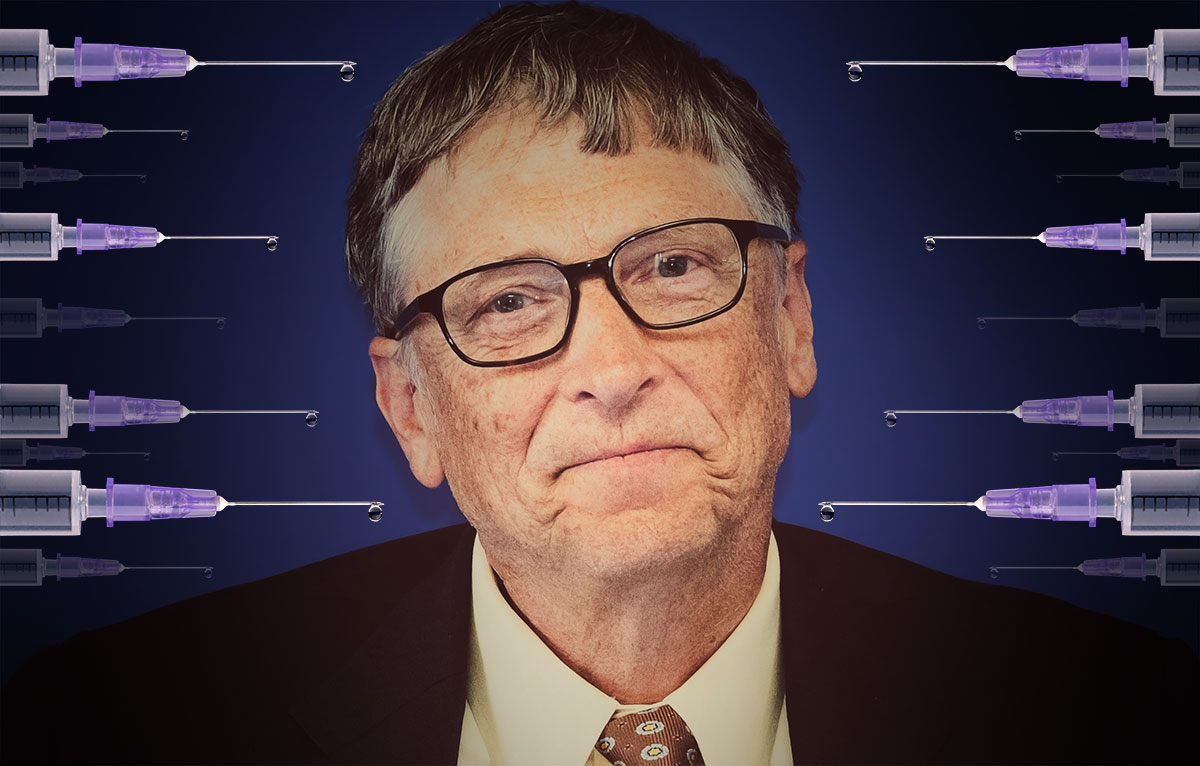 Bill Gates was declared as the leader of the global vaccine plan 2012-2020 at the World Health Assembly. He is in charge of vaccinating all of humanity. Gates wants to create a world where people can only participate in society, if they are fully up to date with their ongoing injections.  🔗 🔗

Control over the W.H.O.

Bill Gates personally positioned the WHO director Tedros Adhanom Ghebreyesus, who was formerly a militant communist terrorist in Ethiopia. 🔗

Bill Gates tells all physicians, nurses and health practitioners all over the world what they can, and cannot do during a pandemic, while he himself doesn't have any kind of medical training. 🔗 A man who has no medical education whatsoever, never treated a patient, and who knows nothing about medical care, has been appointed as the world's leading "health" authority, who dictates to millions of medical professionals what they can and cannot do.

Bill Gates Gates wields powerful influence over global food and agriculture policy through his funding of a large number of organizations involved in agricultural development and policy making. 🔗

Control of the news

Bill Gates “donates” hundreds of millions of dollars to news agencies, which gives him control over what they are allowed to broadcast. 🔗

Bill Gates “donates” billions of dollars to health organizations worldwide, giving him the power to influence their decisions. 🔗

Bill Gates is building labs where synthetic meat will be grown in labs to feed humanity, instead of natural grass-fed beef. 🔗

Bill Gates is buying hundreds of thousands of acres of farmland, making him the largest farmland owner in America. He will grow genetically modified, heavily sprayed plant protein to replace the grass-fed beef industry. 🔗

Bill Gates genetically engineers millions of mosquitoes, supposedly to eradicate malaria, but in reality the agenda is to use them to vaccinate humanity.
🔗 🔗  🔗 🔗

24/7 video surveillance of the world

Bill Gates was involved in EarthNow, a plan to deploy a “constellation” of advanced imaging satellites, which will provide real-time, continuous video of “almost” anywhere on Earth. In other words: non stop video surveillance of the entire world. 🔗

Blocking out the sun

Bill Gates is working on a plan to block out the sunlight from the earth. The excuse for putting the world in the chilling shade is "climate change" which has proven to be a complete hoax. 🔗 🔗

Digital ID for everyone
Bill Gates is pushing the world towards digital ID's, which will give financial tyrannical elites greater control over people. Digital IDs will become necessary to function in a connected digital world. 🔗 🔗 GATES' PLANS FOR THE WORLD

The following documentaires about Bill Gates are mind blowing eye openers, that the entire world should see. Watch them, download them, spread them far and wide.

This revealing documentary was removed from the internet, nowhere to be found. Censorship seemed to have destroyed it entirely... until it suddenly resurfaced in 2021! Immediately it went viral and is now present on all the free speech platforms.

Who is Bill Gates?

Very impressive full length documentary by the world's nr 1 'Bill Gates expert', the renowned investigative journalist James Corbet. He built one of the largest databases of information to expose the criminal elite who run the world:
The Corbet Report - Open Source Intelligence News.

From the makers of the world's most viewed documentary PLANDEMIC comes an equally impressive short documentary about Bill Gates. According to legend Bill Gates built his computer empire out of his garage. Reality tells another story: Bill Gates stole inventions from others, lied and cheated, and took all the credit.... plus of course the billions of dollars.