Are the vaccines the “Mark of the Beast” from the book of Revelation? Millions of sincere Christians worldwide believe that the covid vaccines are the Mark of the Beast, as described in the Bible. According to a widespread doctrine, the Mark of the Beast heralds the total rule of evil over humanity, which leads to the final destruction of our world. Millions of good people are therefore convinced that we are in the final days of planet earth, and humanity is doomed. They consider actions to prevent world tyranny futile, as it is destined by God to happen.

Because this belief puts many millions of Christians at the sidelines of world events, instead of being active at the center of what is happening, I decided to have an honest look at what the Bible really says about this. One of the key verses about the Mark of the Beast is the following:

“And all the world marveled and followed the beast… All who dwell on the earth will worship him, whose names have not been written in the Book of Life of the Lamb slain from the foundation of the world.” (Revelation 13:3,8) The author of Revelation says that “all who dwell on the earth” will worship a satanic world leader. Is that what we are seeing today? Not at all. On the contrary: hundreds of millions of people are refusing evil. That is the exact opposite!

Our World Freedom Directory shows over 750 freedom fighting organizations worldwide. And that’s just the tip of the iceberg… innumerable lawyers, scientists, academics, physicians, journalists and many other professionals are lifting up their voices to say “NO!” to these injections and the one world government of the World Health Organization.

There is, for example, the World Doctors Alliance, which connects hundreds of thousands of medical professionals. Likewise, there is the World Freedom Alliance, which networks lawyers, academics, economists, politicians and all other kinds of professionals who oppose the New World Order. In many nations, there are organizations called Doctors for Truth, Doctors for Freedom, etc. There is COMUSAV, which connects tens of thousands of scientists, physicians, academics and so on. America's Frontline Doctors has approximately one million members, and the World Health Alliance aims to replace the criminal World Health Organization.

In the United States, there is a massive movement of millions of patriots who oppose the satanic New World Order, and who fight for the freedom of our world. The vast majority of the population of Brazil is fiercely rejecting tyranny, and even in China, there is an unprecedented uprising. Europe is waking up and protesting in astronomical numbers - in the UK, Australia and Canada, the resistance is exploding, and Russia is waging an effective war against the western globalists. 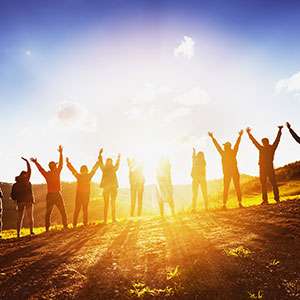 Instead of all the inhabitants on earth worshipping evil, we see an unprecedented uprising against evil!

Let's go on with our investigation...

“He causes all, both small and great, rich and poor, free and slave, to receive a mark on their right hand or on their foreheads,…” (Revelation 13:16)

“If anyone worships the beast and his image, and receives his mark on his forehead or on his hand, he himself shall also drink of the wine of the wrath of God” (Revelation 14:9)

Does this apply to the millions of innocent children all over the world who have no idea, and worse, no choice? Of course not. Being forced to take a vaccine has nothing to do with worshipping a diabolical world leader. The only reason people take it is because they are being lied to by the criminal government and news media. They are simply victims who don't deserve judgment.

What is the Mark of the Beast? So what is this Mark of the Beast, mentioned in the book of Revelation? First of all, Revelation clearly mentions that this was an event that occurred during the time of the early Church:

"John, to the seven churches which are in Asia... The Revelation of Jesus Christ, which God gave Him to show His servants—things which must shortly take place. (...) Blessed is he who reads and those who hear the words of this prophecy, and keep those things which are written in it; for the time is near." (Revelation 1:4,1,3) Revelation was written to the FIRST CHURCHES in Asia, to warn them about events that would "shortly take place" because "the time was near".

If you read Revelation, you see that it is a message of encouragement to those first Churches, to hold on during the difficult times they were about to experience. In no way did the author John suggest that what he described was for an extremely distant future. On the contrary:

he constantly stressed that those first Christians had to prepare for what was about to happen in their world.

What happened in the first century? The Roman emperor Nero was literally called the Beast, and the sum of the Hebrew letters of his name was 666. The Roman Empire was considered the "entire world", as everything outside of the Roman Empire was disregarded. In their understanding, Nero reigned over the "whole earth". Nero considered himself to be God, and demanded to be worshipped as such. He erected a statue of himself in the market places, and only people who made a sacrifice, and then applied some ashes to their forehead or hand, could buy or sell. The Mark of the Beast was an act of worship to Nero. It has nothing to do with vaccines in the 21st century.

The idea that Revelation speaks about events two thousand years after the author said those events would occur during the lives of the first Christians, is the result of ignorance of history. It is also the result of abuse of the Bible. If Scripture says that a message was for the first Churches in Asia, we shouldn't change that to the last Churches in America. And if the Bible says those events would happen during their lifetime, we shouldn't say that those events are happening thousands of years later. That is abuse of Scripture.

A strategic hijacking of Christianity

How did this severe abuse of the Bible become mainstream in Christianity? It was spread throughout the Church by the Rothschilds in the 19th century. They had a plan for world domination, and they knew they had to first eliminate the billions of Christians, who were their main obstacle.

The best way to prevent the billions of Christians from opposing world tyranny was to convince them their own Bible predicted this reign of evil.

The Rothschilds attracted a criminal lawyer who specialized in forgery: C.I. Scofield. This convicted expert in fraud created the famous Scofield Study Bible, with footnotes that introduced a new theology, that says the world will be ruled by evil. This corrupted Bible was sent freely to thousands of young pastors, who spread this new mindset all over America, from where it was exported to the world. It was a strategic subversion of Christianity by the top level of satanism, who funded this operation.

As a result, innumerable believers today are convinced that the current invasion of evil in our world is "fulfillment of Bible prophecy", and they simply allow it to happen. This shows how the criminal elites not only infiltrated medicine, governments, media, education and finance, but also religion. Christ called me to research this subject, and it has taken me fifteen years. The results of my in-depth investigation are published in the revealing report below. I explain what Scripture really says about the end times, the rapture and the return of Christ, and how - during the past century - these topics have been twisted by the elites, in order to pave the way for their agenda of world domination.

The conclusion is that we are not called to stand by and let evil have its way. We must expel the forces of darkness and bring healing to humanity.

If you are truly hungry for truth, and want to see what Scripture actually says about the end of the world, in contrast to what the Rothschilds have instructed the Church to believe, I invite you to check out this highly revealing report:

WHAT NOBODY TOLD YOU ABOUT THE RETURN OF CHRIST

Scientific data reveals how millions are dying from the covid vaccines

Read More
DIED SUDDENLY – Is this the film of the century? Watch now!

Read More
Why did Trump push the covid vaccines? Is he part of the cabal?

17 More Reasons I Won’t Be Getting a Covid Vaccine