In our World Domination Series, you can read how the World Economic Forum has an official agenda of achieving total world domination. According to their public and official statements, the WEF plans on owning literally everything on earth, while the rest of humanity will own nothing,

The World Economic Forum reigns over the United Nations, the World health Organization and most other globalist organizations. They claim to "improve the state of the world" with a series of "Global Goals For Sustainable Development". One of these goals is "Zero Hunger", which is the agenda to feed all the people of the world with new “sustainable" food solutions. This plan involves destroying the natural, healthy, grass-fed beef industry, and replacing wholesome meat with genetically modified and heavily sprayed plant protein; artificial, lab-grown "plastic" meat, and genetically engineered insects that are bred in huge bug factories. By doing this, we will "save the planet", they say...

Bill Gates - who works closely with the WEF - is buying up a huge amount of farmland in America (source), while constructing factories where synthetic meat will be grown (source). Yes, you read that right.... synthetic meat, grown in labs.

Did you think cancer is already a severe plague on earth, killing millions every year? Wait until the populations start consuming synthetic meat en masse. Beef from industrial food lots has already proven to be highly carcinogenic, compared to natural grass-fed beef. Cancer rates have gone through the roof since the rise of the criminalized, highly toxic meat industry.

"I knew I was selling people cancer" One day I asked an organic meat butcher in Europe why organic meat is so expensive. He explained that he had been the manager of the largest meat industry in Belgium. He saw what kind of absolute trash the animals were being fed, and how they were all very sick as a result of too much stress, not enough movement, no sunlight, and being poisoned throughout their short existence.

"The only reason these animals don't drop dead is because they are injected with medication all the time. I knew that I was selling people cancer as I handed them that meat. Eventually I could no longer silence my conscience..."

"Now I only sell healthy meat from animals that have plenty of room to roam, spend most of their life outdoors, only eat natural, wholesome food, and never need a drop of medication. These are happy, healthy, strong, stress-free animals whose meat is a blessing for people." Since this butcher opened up to me like that, I never again bought meat from a supermarket. It is one of the most poisonous "foods" humanity has ever consumed.

In order to succeed, they have been destroying hundreds of food production or distribution facilities all over the world. In the United States alone, more than a hundred (!) of the largest food businesses were destroyed in the past few years (source). Just recently, the largest produce market in the world, located in Paris, went up in flames (source).

Let this sink in... many major food plants in the USA, and the no. 1 produce market in the world, burn down right when the WEF talks about ending the current food supply, and making all of humanity dependent on their new synthetic foods. In The Netherlands, the government - which is controlled by the WEF - is demanding all farmers to kill much of their livestock (source). The government threatens to seize the land of farmers that refuse to destroy their animals.

The ridiculous excuse is that cattle produce too much carbon dioxide, which is "bad for the climate". But at the same time, the government wants to replace farmland with industrial parks and new urban areas. They plan to connect all major cities into one monstrous Mega Smart City called the TriState City Network, that will take up most of The Netherlands and Belgium. Indeed, this will be "so much better" for the climate than all the cows grazing in green pastures!

The same agenda is being pushed around the world. In Australia, growing your own food is being demonized as "very dangerous" because of "biosecurity" reasons (source), and in the UK, the government is claiming that gardening increases heart disease (source)!  People are told they should wear a face mask while working in their garden!

Meanwhile bug factories are being built around the world, to breed trillions of genetically modified bugs to replace the natural food supply.

This photo shows the worlds largest insect factory, where genetically engineered bugs are bred for mass consumption by the masses, who are told that this is "good" for them, and it will "save the earth" - because cows are "dangerous".

Naturally, these insects will be fed the cheapest trash imaginable to minimize costs and maximize return, similar to the highly toxic fish farms, where fish are fed the worst of the worst genetically engineered "food" (source). All for a "better and more sustainable world", cheer the World Economic Forum lunatics.

The goal of achieving "Zero Hunger" is in reality all about making humanity dependent on a new artificial food supply, fully controlled by the WEF.

The total insanity of the World Economic Forum This post is part 4 of the 7 part series called THE WORLD DOMINATION SERIES. This critical report unveils the official agenda for humanity, as it is envisioned and being prepared by criminal globalists. The World Economic Forum is at the head of this worldwide network of psychopaths, who are rolling out an agenda for total world domination, in every aspect of life: business, health care, politics, agriculture, education, entertainment, etc.

Our goal is to warn the world and empower people to defend their life and that of their loved ones, their future, and their world against the sick minds in the World Economic Forum, who are preparing the most insane ideas for the world.

Some of their ideas are:

✔︎︎ Replacing the vast majority of jobs by artificial intelligence

✔︎ Submitting all of humanity to the full totalitarian control of AI that will control every aspect of our life, even telling you who to marry

✔︎ Locking the entire world population up in Smart Cities, that will be open air prisons of 24/7 surveillance

✔︎ Recording everything people do, think, say, buy, feel, and even dream

Read all about the agenda of the World Economic Forum 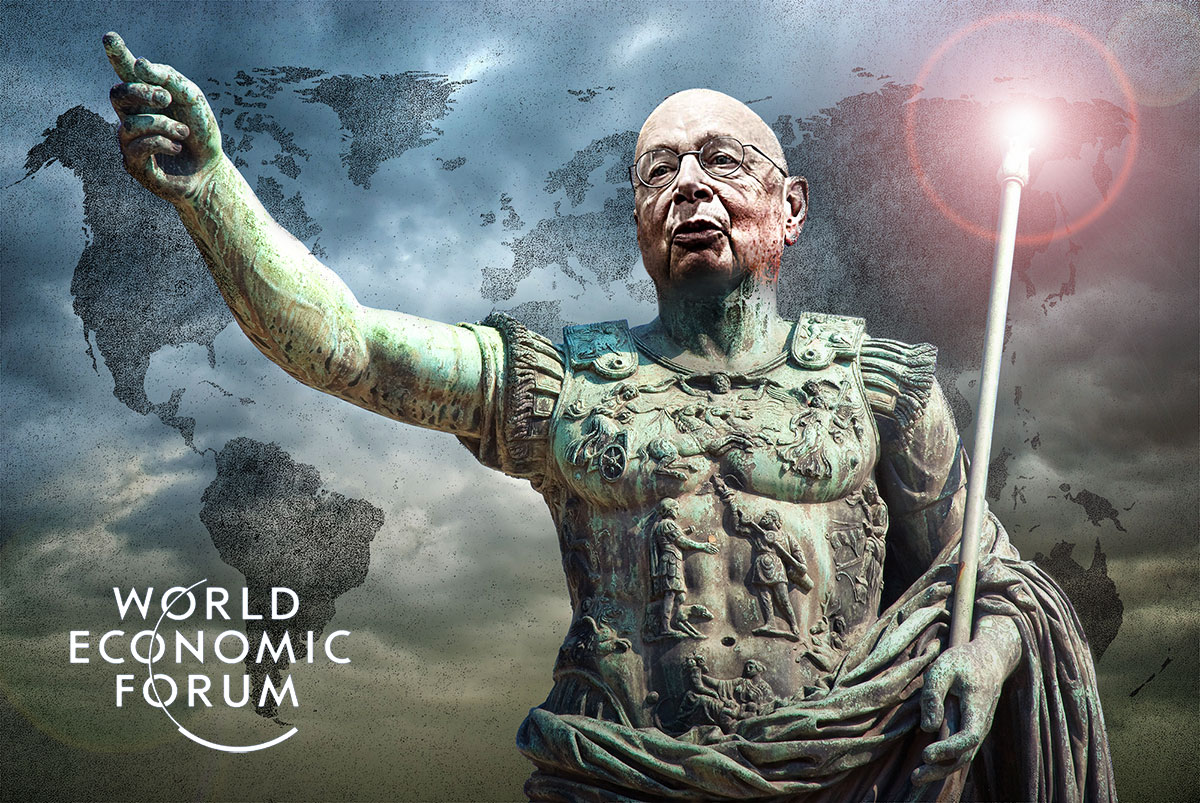 Please share this post with your contacts, and if possible, please support us in our efforts to warn humanity about these nefarious plans.